While working on some recent code projects (both personal and professional), I realized there was going to be many instances of similar but slightly different use cases.

I naturally developed a style I enjoyed using where for each new feature, IO format, or other peculiarity, I wrapped the code in a set of configuration file options. Then adding a new use case that shares this same feature was as simple as specifying those options in the configuration file. Eventually I would approach feature completeness where new use cases could be added with only a few lines in the config file and no code.

I wanted to write about this style but after some Googling I came to find this approach has been aptly coined by others as Configuration Driven Development (CDD).

This is a great definition of CDD from Andrew Evans’ post, which I can’t top so I’ll just quote here.

At its core, CDD is a way of using modularity to build a loosely coupled set of components that are then composed together using a common interface.

Here are some key term definitions, which I’ll try to use consistently throughout.

Problem Space
A problem or set of problems to be solved with code, for which one is considering employing CDD. This could be within a broader code structure, or standalone.
Use Case
An instance of the problem space which should be solved. Use cases normally map 1-1 to applications.
Application
A composition of configured components that is runnable by the application runner in order to fulfill the needs of a particular use case.
The nature of an application depends on the problem space. It could be a full-fledged “application” in the traditional sense (à la App Store), like an interactive dashboard. Or it could be a workflow, pipeline, or other loop iteration within a larger program.
Application Runner
Code that instantiates, parameterizes, and executes applications from their configuration file definitions.
Stage
A collection of components that exhibit categorically similar behavior. Stages can be acted on in linear sequence by the application runner, in order to enforce a logical flow.
Stage organization is not required for CDD; its utility depends on the use case.
Configuration
A file defining how components are customized via parameters and composed together into applications.
Component
A code module that encapsulates a particular well-defined behavior. Often fits neatly into a behavior stage.
Parameter
A small customization to a component’s behavior that doesn’t rise to the level of becoming its own behavioral component. A smart default is usually provided.
Framework
The whole system of CDD pieces: components, configurations, and how they should be used together to compose applications.

In service of solving Use Cases in a Problem Space, we decide to use Configuration Driven Development. A Configuration file defines multiple compositions of Applications, from individual Components within Stages that are customized with Parameters. These applications are executed by the Application Runner.

To make these terms more clear, let’s bring them to life by applying analogies to a made-up real-world scenario of a Build-A-Home company.

Problem Space
People need houses but they like to be able to customize many aspects of the build for their wants and needs. However, most customers will not know the specifics of building procedure, codes, proper materials, etc.; they only want to specify form and function and have the details filled in for them.
Use Case
A person or family’s particular wants and needs when they are in the market for a customizable home.
Application
The completed home after it’s been built.
Application Runner
The construction crew that builds the house according to specifications.
Stage
A step of the building process such as: foundation, structure, plumbing/electrical, finish, interior, etc.
Configuration
The blueprints and plans detailing exactly how the house should be built, what features/components it should have, and how those should be customized.
Component
Features of the home that can be customized or specified. For example, within the structure stage, there might be layout options such as split-level, colonial, or row home. We can also optionally add a garage component or change the default interior layout to add bedrooms or bathrooms.
Parameter
Customizable details of a single component; for example, the overhead-lighting electrical component could have options for light style, number, and position.
Framework
The entire Build-A-Home company and its offerings.

When Should I Use CDD?

There are many cases where CDD will work great, and many cases where it will not. So it’s important to recognize the difference. Here’s when you should consider using CDD for a problem space.

When Should I Not Use CDD?

Mirroring the points in the section above, this is when you would not want to use CDD:

Why Should I Use CDD?

If the problem space meets the criteria above, CDD can be an excellent choice as opposed to the alternatives such as copy-paste development or messy/complicated OOP design. These are some of the benefits.

You’ve decided to try CDD, now here’s the answer to the next obvious question: how do I do it?

The configuration file is the main aspect, hence namesake, of Configuration Driven Development. The specific layout of the file is up to the developer, but in general I find it nice to organize things by encapsulating all relevant parameters in a sub-configuration that can then be passed to the specific component. You should set a format and stick to it, otherwise the file will quickly become unreadable.

The core components are the most important aspect to get right, following the Goldilocks Principle. Too specific and they end up not being reusable; too general and they become hard to maintain and configure. As with other architectural decisions, you will have to use discretion on a case-by-case basis to determine the appropriate size and scope of components.

How should these components be organized? Well, here’s the hacky spaghetti-code way which, if I’m being honest, is usually my first approach in the spirit of rapid prototyping.

A first round of refactoring might lead to something a little cleaner, with actual functions

If the code is going to reach production or at least stick around for a while, it might be worthwhile to organize things a bit better with the design pattern of your choice. This can allow us to achieve even greater reusability in our code modules.

The key to this philosophy is to not overdesign the components at the start - it must be an iterative approach or else you lose many of the benefits of using CDD. Here’s an example workflow of iterating on a CDD project over time:

A note on testing. You can see in the iterative approach above, it’s mentioned several times. This is important because in order for the components to be generally useful, they need to work as advertised with any configuration, not just the initial application composition that drove development of the component.

Finally, I want to share a real example of a personal project in which I employed this technique (writeup to come in future post).

At the very beginning of the COVID-19 pandemic, case and death data per state and county was hard to come by - there was no definitive source and each county/state had its own collection and reporting methods. I decided to write a web scraper that searched state health department websites for case data (Problem Space). 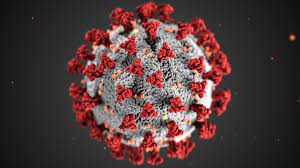 I began with a few states of interest, but quickly realized having 57 sites (US states + territories) to scrape would mean many iterations of the same few scraping techniques but with slight tweaks each time (Use Cases). In addition, states were often making subtle or even drastic changes to their delivery method; as such, it was great to be able to fix it with a simple configuration parameter change, and only a rare code addition if they did something completely new.

Of course, this list built up over some time, but here is the breakdown of the Components I ended up with, organized by Stages of “Content Extraction” and “Scrape Method”.

Below is a pared-down version of the Application Runner. Note that scrape and extract methods were registered to be easily called given the corresponding method name. Also note how you can clearly see the two stages of “extract” and “scrape” being performed in sequence.

One of the simplest scraping functions (Components) was reading the content as a CSV into a pandas dataframe. One Parameter option used was the number of rows to skip in the footer of the file.

Here is a subsection of the Configuration file for the state of California which was providing a CSV file for case data at the time (site no longer operational).

Configuration Driven Development (CDD) can be a powerful tool to promote reusability and rapid development, when employed correctly and in an appropriate problem space.

I have used it successfully more than a few times, and continue to look for problem spaces in my work where I can apply the principles. I highly recommend doing the same!